Let me first mention that we are burning midnight candles on ALL ends this week as I am pulling my hair out with show last minute prep while Tommy and Dave are doing the same trying to get a next issue up, which should be happening within the next 24 hours or so. So lets move away from talking about a show for a day and switch gears.

As many of you know, Rich Trox is one of the most brilliant minds we ever featured in SJ magazine. He recently moved to VA and has starting to write Chesapeake chronicles for noreast and he told me if my readers would enjoy it to post it on the blog.

But first , the winner of Super Strike Striper Day Special lures is

Congrats, you have 5 days to email us at info@surfcastersjournal.com with your shipping address and we’ll forward it to Steve Musso

Well it’s closing in on 2 years now since I pulled up my stakes on Long Island and replanted them down here in Chesapeake Virginia. It’s been an interesting transition, but one requiring a lot of time and effort, which unfortunately, hasn’t left me with a whole lot of time to go fishing. Until recently that is.

Now that my business is going fairly well and I’ve recovered from some of my setbacks, I’m finally getting around to learning my new area, from a fishing perspective. And it is quite a bit different from what I left behind. Quite a bit indeed!

After fishing Long Island waters for over 40 years, I just took for granted all that I had learned over that time. I had developed what my friend Billy the Greek calls “the sixth sense”, the ability to perceive conditions and dial in with surety. As moderator and content provider for noreast and other online publications, and through my own youtube channel, I’ve tried to pass forward as much knowledge as I could over the years. I’m not patting myself on the back here, I’m just setting the stage.

I have basically forgotten how much effort it took to get me to the point where fishing the waters of Long Island became second nature. Granted, fishing is a lifelong learning process and there is always something new to learn, but the basics are a long time gone in the rear view mirror for me and others who have been at it for a long time.

I was talking with John Skinner at one of noreast’s Christmas parties several years back, about some of the basic questions I get repeatedly asked on the surf board. I remember asking him “When was the last time you walked onto a beach and saw nothing but water”. He chuckled. That’s the way it is with anything that you do for a long time, you simply forget what it’s like to start with a blank slate and a piece of chalk. To quote Morpheus from the movie The Matrix “Fate it seems, is not without a sense of irony”.

Now that fate has delivered me to Chesapeake and I’m ready to fish, I realize that it’s a whole different ball game down here. And while I’m not exactly starting with a blank slate and a piece of chalk, I have a lot to learn and whole lot of new area to figure out. Oh, I’ve brought a lot of transferable skills from my days up north, to be sure, and have even applied some of them with success. But I still have a lot to learn.

As such, I thought it might be interesting to document the process through these writings and a series of videos on my youtube channel. The videos may show me catching fish at some point, but that won’t really be the point of the videos. There are a million videos on youtube of people catching fish already, besides I can’t afford a go-pro yet lol. What I’ll be focusing on is the process I use to learn my new area, what goes on inside my head, from the top down.

For starters, let me say that you guys on Long Island have it pretty good as far as the striped bass go. Sounds counter intuitive seeing as the Chesapeake Bay is the largest striped bass nursery there is, but believe me, you have it good.

Why you ask? Several reasons really, but the biggest reason is that the striped bass seasons up there are very predictable and you get a lot of shots at bigger fish. They basically do the same thing every spring and every fall. There may be variations in the bait patterns from year to year, and certainly the decline in stock biomass has been felt up and down the coast, but at the end of every year, they came west to east in the spring, and east to west in the fall. Very predictable. Not so down here, and I’ll cover this in detail as I go along.

To aid in my new fishing adventures I bought a kayak in the spring and have had a lot of fun fishing from it for a variety of local frying pan species but haven’t done anything too hairy chested with it yet, like venturing far out along the Chesapeake Bay Bridge Tunnel, otherwise known as the CBBT. Being that it’s only a 10 footer and I’m 6’1” and 200 lbs, I’m not overly confident in it handling the rougher stuff. I’m already on the market for a larger, more stable model and might take advantage of the end of season clearance sales and buy myself an early Christmas present. We’ll see.

So what’s different down here? Without over exaggerating, I’d say pretty much everything. The lingo, species, techniques, bait patterns, migration patterns, tides, access, AND THE WHOLE AREA. Throw in a few things that you would never expect also. So much to learn, so much to reconfigure, and not a great knowledge base to draw from either.

The last comment about knowledge base is not meant to be insulting, it’s just factual. Most people down here who fish have no idea of what they’re doing. This is a big boat fishery down here and surf fishing plays a distant second fiddle. So while I can’t speak too much about the boat guys, those who fish the surf and piers, for the most part, don’t seem to have a clue about what’s going on. And this from someone who admittedly doesn’t know the area well yet.

There are a lot of piers down here and I avoid them like the plague. To me, two is company and three is a crowd, so piers are basically a last resort. Besides, most of them cost money to fish from. But there are two that hold some promise to me, one of which I discovered today and both free. More on those later. Most of the people who fish piers throw out a line and hope something will bite. Then there are the few at the end who know what they’re doing, but don’t say much. On the shore, most everybody I’ve met knows very little about what they are doing or why they are doing it, but they are all very nice people. So inside info is going to be very hard to come by.

While I didn’t have a lot of time to fish my first year down here, and still don’t have a great deal of time to fish, the first thing I had to figure out was how to maximize the time I did have to spend. Even though I didn’t have a lot of time to spend actually fishing, there was an enormous amount of learning I could do in whatever spare time I could find. So the first thing I did was break down the basics into manageable parts and organize them. In essence, I became an internet fisherman. I created folders on my desktop with specific functions, folders in my browser’s [favorites] for the same reasons, and then defined what was going into them by making a list of topics I needed information on.

The list was pretty basic but helped organize my efforts into manageable chunks, and this is still an ongoing effort and will remain so for quite a while. The first thing I wanted to know is what species were available. For each species I was interested in I researched size range, habitat preferred, migration pattern, preferred baits and techniques. The next was bait patterns, what are the predominant baits, how to catch them, or the best places to buy them, etc. The third and most expansive is access. This one will keep me busy for a lot of years, but it’s also the most fun. I’ll explain how I go about this and what I’ve found so far, in more detail when I continue. I’ll also have some funny and interesting stories so,

If you are planning on attending Striper Day 2016 and you have an FB account, click bellow and let us know.It helps us get an idea of who’s coming….and how many strippers to book…err, stripers 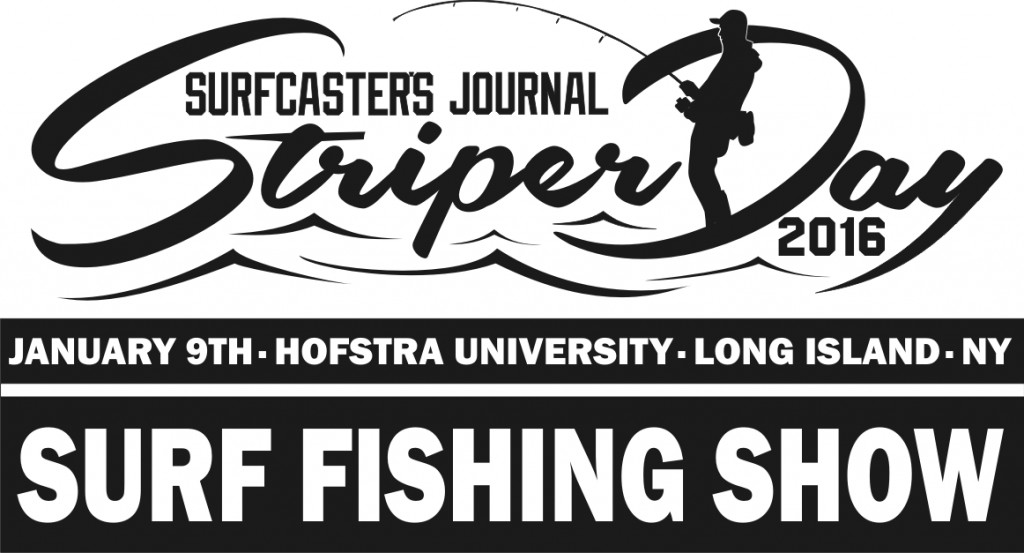 7 comments on “THE CHESAPEAKE CHRONICLES – Part 1 by Rich Trox”