As we know, the recent striped bass technical assessment revealed the fishery as overfished with overfishing occurring. Their analyses indicated that a reduction of 17% over 2017 harvest levels is required to restore the fishery to acceptable levels.

The ASMFC Striped Bass Management Board tasked a team to develop a Draft Addendum which would include a set of options that would achieve this harvest reduction. The Draft Addendum was made public yesterday and here are the options that they arrived at for the recreational sector:

Option 1 calls for the Management Board to take no action – basically status quo. Nothing would change and the intended harvest reductions would not be achieved.

Option 2 has multiple components. It calls for the recreationaland commercial sectors to both absorb an 18% harvest reduction from 2017 levels. To achieve this in the recreational sector they have offered 3 sub-options:

The season for striped bass fishing would be unchanged.

For the Chesapeake Bay the options include:

Option 3-B includes the following sub-options for the Chesapeake Bay fishery:

Option 3-B3, B4 and B5 would have the same season as 2017 except the trophy season would start no earlier than May 1.

Option 3-B6 would have the same seasons as 2017; same trophy season and minimum sizes except with a 40” max size limit

The entire Draft Addendum can be found at http://www.asmfc.org/files/Meetings/2019SummerMtg/AtlanticStripedBassBoardSupplemental.pdf.

The bottom line is that these are crucial decisions that will be made. In 2014 a 25% harvest reduction was placed on the ocean states with a 20.5% harvest reduction in the Chesapeake Bay. It did not achieve its intended goals and that is a discussion for another day.

It is important that each of us remain educated on what is going on and there are some excellent sources of information that you can rely on:

Now is the time to stay informed. Ask any questions that you might have. When prompted write those letters and emails. Attend those meetings. Strength comes in numbers and your help is sorely needed.

No joke. One guy losing a rod on a rock he shares with partner in 10 feet of water.

I know many of you enjoy reading this kind of stuff so here it goes….

It was a dark and stormy night…Kind of…. it was dark, cloudy and swells were pretty big from a storm. We were at Cuttyhunk Island in the land big fish dreams and even bigger rocks. We did try like hell to cull a few bigger fish on eels while getting slammed by schoolies…..and reading about insanity happening at Canal including Live feed

But it was not meant to be…we were sounded by dinks on every cast. Which by the way is not the worst thing in the world. I’ve been here for days at the time and never got a bump…so I know a real pain. This was not it. Annoying ? Yeah, but manageable. After all its Cuttyhunk, next cast could be a 40 pounder

I was perched on a decent rock that took a little time to get on of while two other guys shared the other rock about 50  yards away. Just far enough where you can see what they are catching, but can’t really hear them. I can see that they were picking at small fish as I was too. Actually they had three fish to every one of mine but I knew that this was the rule on this rock. I was on that other rock the night before and stopped counting fish I released….

The swells were coming intermittently …just enough to keep you on your toes and stop you from daydreaming. Could see that one go my guys got washed off twice already and the other helped him get up on the rock. But I was too consumed trying to stay on the rock to worry what they were doing. Then something weird happen…out of corner of my right eye I can see their light stay on for awhile…. Then stay off for a loooong time. Then it seemed like one of them was casting a  bucktail trying to maybe snag something ???

I could not be sure as I was dealing with tiny fish on shit load of trebles and trying hard not to get any in my fingers…..Not in this place where there is no hospital, Doctors or anything of a kind.

I should mention that we rented an INCREDIBLE house with SPECTACULAR views and a GOURMET kitchen. The place was LIT AF as my kids would say. So that was a huge positive. Having my best buds around also a huge positive. Good fishing conditions, also a positive. Tiny fish on trebles? Not so positive until I switched to bucktails.

Eventually the curiosity got the best of me so I yelled over the swell “WTF are you two doing? “

I could have swear i heard “We lost the rod” but that cant be. Can it ? Nah, seriously, who ever loses a fing rod on a rock???

But i had enough of schoolies so I eased myself in the water and started to swim toward them. At this time tide was just about flooding and we had about eight to ten feet of water around our rocks. As I swam towards them and bobbed in the vicinity they explained to me what happened

One casted while the other was resting the rod on his shoulder…the rigged eel hooked a guide on the backcast and the rod flew in the water ………. before anyone could react they were down a Lamiglas rod and a new VSX 250. Ouch… at this point they gave up trying to hook it with a bucktail and they decided to come back at bottom of the tide in 6 hours at dawn and try to recover it. They jumped off the rock and swam towards the shore. They took a beating by swells hitting them in the back faster than they could lift their legs over large boulders, but eventually they got to shore and sat on the huge stump that washed up years ago. They were joined by the third member of the group whom they filled on their misfortune.

Why am i still bobbing around the rock huddled yards from shore in darkness ? Because I am an idiot. I am trying to prod bottom by sticking my 11 foot ODM Genesis into the water beneath me while occasionally getting slammed into a massive rock. I figured the rod could not be that far from the damn rock!!!! I mean it’s not a plug to fly a hundred yards. Maybe ten feet is all it could possibly be?

About fifteen minutes into this fruitless exercise, as I was about to give up,  the tip of my rod gets snagged the bubble weed on the bottom. I finally pry it loose by yanking on it and as bring it up to surface I expect a shit load of bubble weed wrapped up around the tip.

Low and behold the tip of the lost rod breaks the surface and before next swell slams me again into the rock, I grab it and try to hightail out of harm’s way. I needed to stay in front of the rock in order to be in place where rods could possibly be but that meant that waves keep pushing me into the rock. Trust me, my back was not happy at this point…

I held both rods together with one hand while swimming toward the shore. Just like two of them, I got my ass handed to me trying to beach myself. At one point a swell hit me in the back hard, while my foot was caught on a large boulder. I stumbled forward and feared of breaking both rods. Eventually I made my way out to dry land and towards three of them that sat quietly on a log. The overcast sky and no natural ambient light made the place feel like being inside of a scary movie. I clutched both rods in one arm so they would not notice as I yelled something like “How the fuck did you managed to lose a rod” ….But I did not have a heart to prolong their misery…..

Let’s just say there was a LOT of hooting and hollering when i showed them that I found the rod.

Another Cuttyhunk story that won’t be forgotten any time soon

here you go…I think i could have gone for 200 minutes but results would be the same. You’ll understand by the end of video 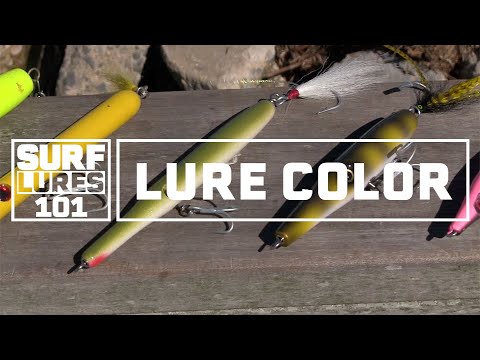 MSA shirts are back in stock although we are again out of S , down to last 3XL shirt and i think 1 XL

Montauk Surfcasters Association T-shirts MADE IN USA ***BACK IN STOCK***

man, I almost forgot about just how convoluted subject Fishing Lure Color is until i sat down to edit this video on the subject

Bellow you’ll get a short snippet of what the video is about but I think you will quickly realize what has always been my strongest belief, confidence in lure and knowledge of what it does will always trump lure colors…until the day it does not and then you will call me ahole

We teamed up with the legendary Montauk Surfcasters Association on this limited edition t-shirt last week. Unfortunately it sold out in the same weekend we put it online so we ordered few more and they should be in stock next week.

This 100% cotton MADE IN USA t-shirt is printed on the front, back and sleeve with our modern take on the classic MSA logo.

All net proceeds from this shirt will directly benefit MSA in their fight for beach access as well as the Willy Young memorial scholarship fund. Again, we would like to get them in store this week if not then when we return from our annual Cutty expedition.https://surfcastersgear.com/

The long sleeve Surfcaster’s Journal “Work When Necessary” shirt is also sold out and retired for now. In its place we just made available today short sleeve version for the summer. As a union Local 12 insulator for now almost 30 years, I love long sleeves but in the summertime I prefer short sleeve on the job site. Working with fiberglas every day of my life is hard enough, I need short sleeve when it gets humid.

We haven’t had a giveaway in a while so lets roll out one for Father’s Day Weekend, all three prizes are always in rotation amongst  SJ crew

To enter a free giveaway, check below the images on the bottom in Rafflecoopter Giveaway App

Best of luck and Happy Father’s Day to all fellow fisherman. One prize per winner. Winner announced on the app monday 7/17

SJ Rod Guru and custom rod builder Lou Caruso looks at three type of new products for 2019, entry level, mid level and high end. This is a Second video in series of 3. Recorded May 2019.
From the Surfcaster’s Journal magazine.
Visit our publication at
www.surfcastersjournal.com
follow us on instagram @surfcastersjournal
http://www.blackholeusa.com/
https://www.odmrods.com/

I had a pleasure of hooking up with SJ Rod Guru Lou Caruso over the weekend, and for the first time we were not blown over by the wind. Every single time we’ve made plans to get together in the past, usually we have 20 mph + winds so this was definitely a pleasurable experience. This is a first in series of three videos. Lou wanted to cover new entry level, mid and high end rods for 2019. First in line is Tsunami Surf Rods series, new for 2019. In second video Lou will cover ODM and Black Hole rods and in the last one Century and ODM.

Here is a first installment